During the nationwide conference “Lodz revitalizes: tailor-made social actions” the effects of the pilot program works were presented, including among others the projects in delivery of which PCG Polska experts were involved:

The conference was an opportunity to exchange ideas and experiences among local governments from all over Poland, which are at different stages of the revitalization process, looking for the best proven solutions, innovative ideas, good practices and inspirations.

On the first day of the conference, a panel group composed of: Monika Daab (PCG Poland), Anna Kobalczyk (Office for Revitalization, City Hall of Lodz) and Iwona Benek (Laboratory of Architecture LAB 60+) presented the concept of settlement and functioning of the Multigenerational House developed as part of the Model Revitalization of the City – Pilot Project II. Experts shared their experiences from work on this social and housing policy innovation, paying attention to practical aspects important from the point of view of implementing the idea of the Multigenerational House in other cities. The speakers discussed: More information about the Multigenerational House in Lodz (including reports and analyses) can be found on the website centruwiedzy.org:
http://centrumwiedzy.org/projekt-pilotazowy-ii/dzialania/dzialanie-2-dom-wielopokoleniowy/ 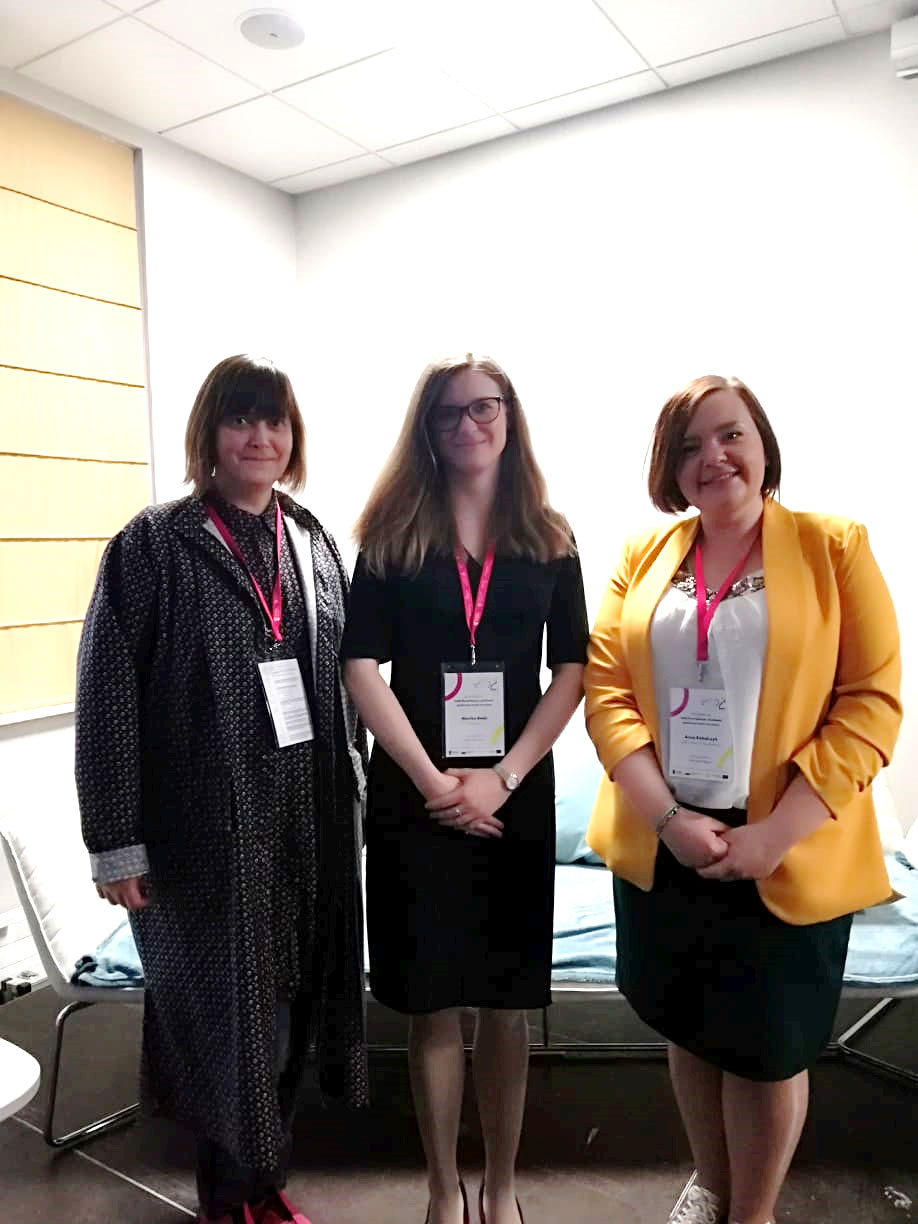 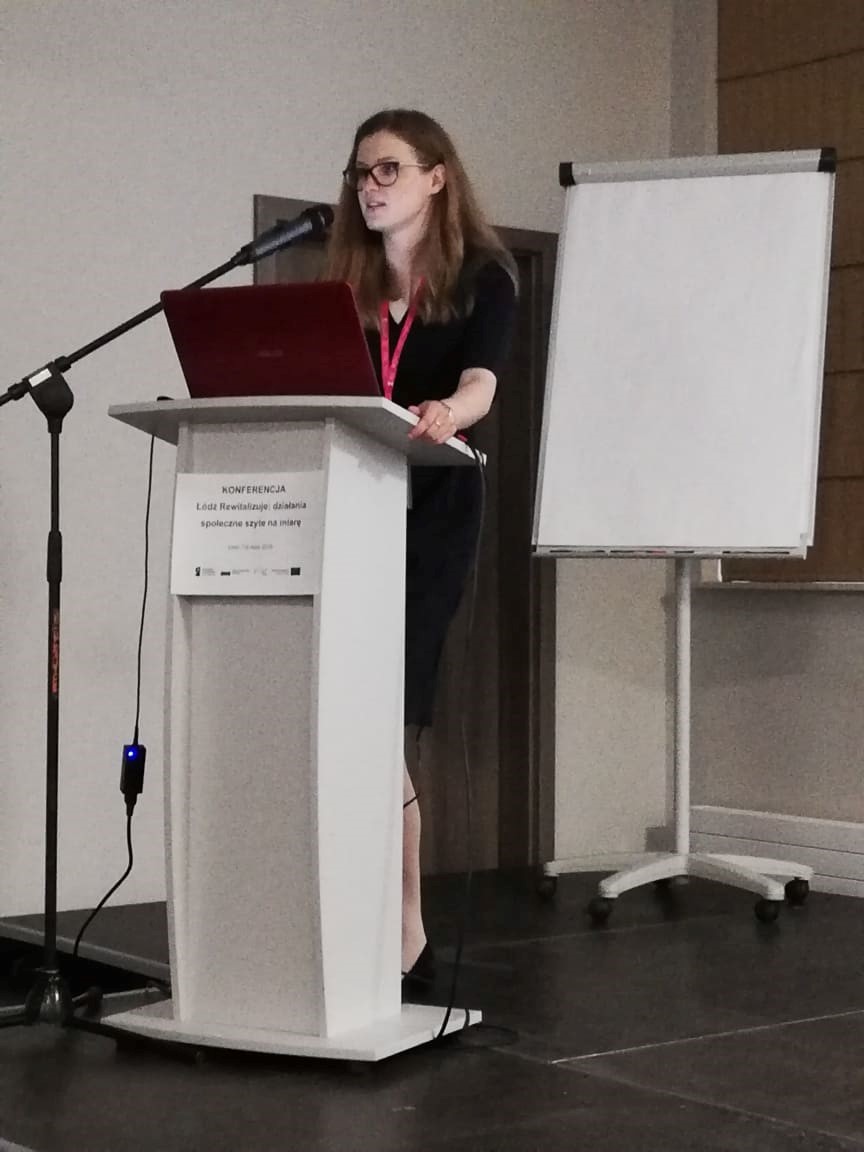 
The model for settlement of tenement houses renovated as part of the "Revitalization of the Lodz City Center” program, which Katarzyna Dyzio (Office for Revitalization, City of Lodz) told about, was the second project realized by PCG Polska, that was presented during the event. The participants were introduced to a model approach to settling of renovated buildings, taking into account the idea of a social mix. The main assumptions for functioning of assisted housing as well as the mode of selecting operators for planned social functions and soft actions were also discussed. The community-centered revitalization approach – in parallel to renovations of buildings – is to influence the revitalized area in social terms.

More information about the Model for settling tenement houses renovated as part of the "Revitalization of the Lodz City Center” program (including reports and analyses) can be found on the website centruwiedzy.org:
http://centrumwiedzy.org/projekt-pilotazowy-ii/dzialania/model-zasiedlania-kamienic-wyremontowanych-w-ramach-programu-rewitalizacji-obszarowej-centrum-lodzi/

Both projects are a source of pride for us, so we are very happy to have had the opportunity to share the effects of our work with a wider audience. The City of Lodz published a beautiful publication summarizing all the initiatives from the Pilot Project II. Below are some photos from our favorite chapters: 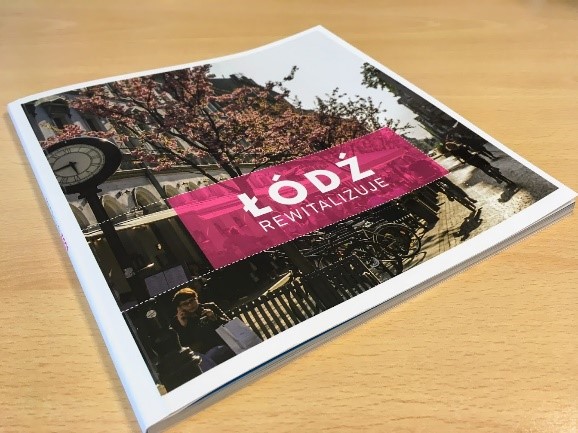 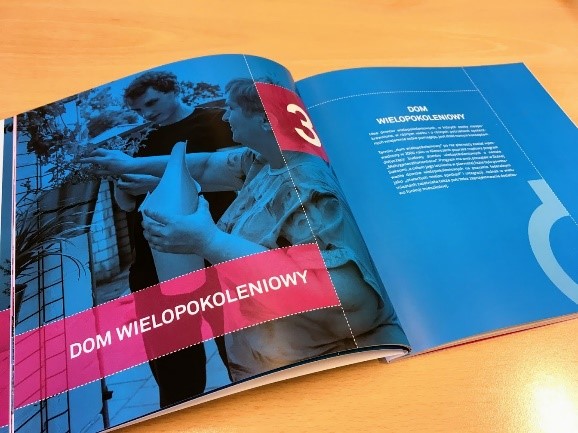 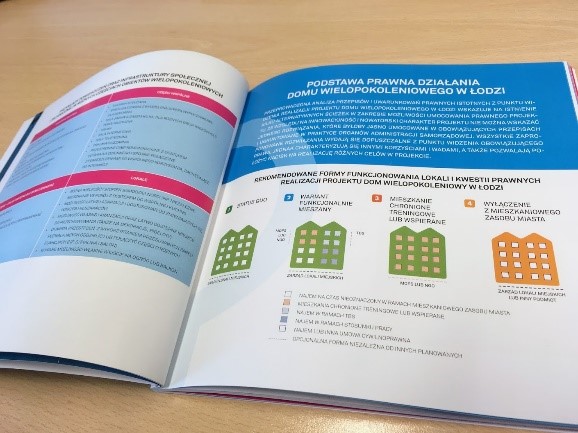 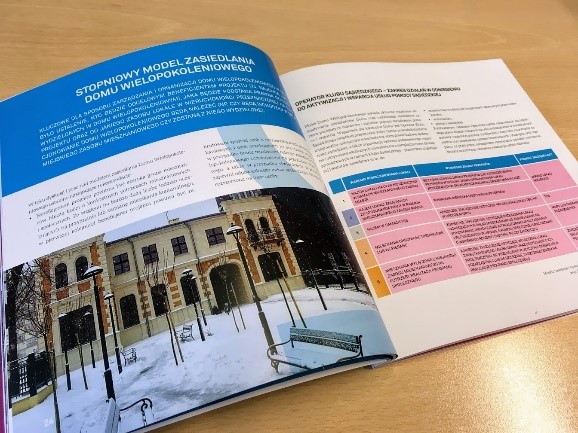 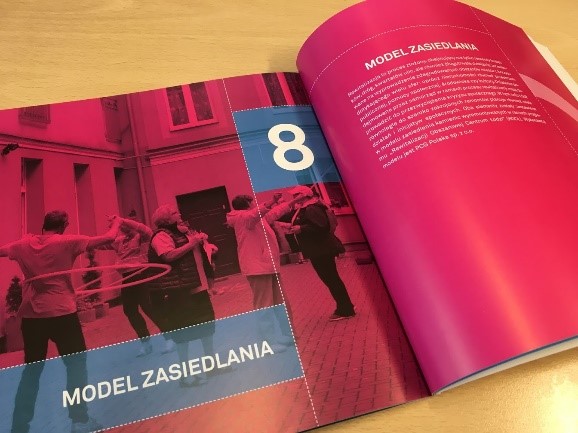 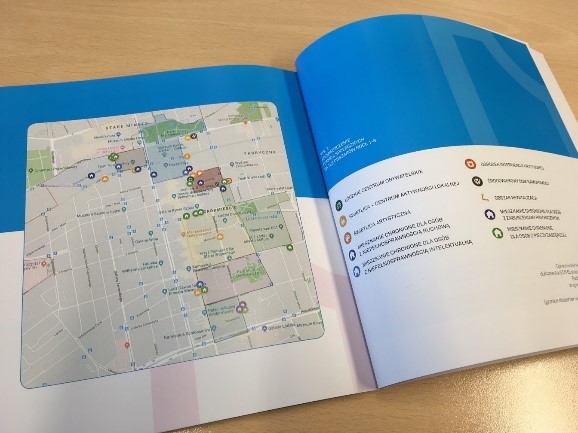